Located along the Kentucky River Palisades is a unique but abandoned fluorspar mine turned speakeasy.

A while back, I posted an inquiry about Chinn’s Mine to a Kentucky-based photography-focused forum. I was curious as to the history of this unique attraction located within the Kentucky River Palisades in central Kentucky. I didn’t learn anything new than what I had previously discovered or assumed.

This presumed mine was a part of the Central Kentucky Mineral District, an area that consists of more than 200 vertically dipping vein deposits, including barite, calcite, fluorite, galena, and sphalerite. Mining along the Kentucky River began circa 1900, with significant mines operating at Mundys Landing, Gratz, and elsewhere.

At Mundy’s Landing, a calcite extraction operation was begun by Colonel Jack Chinn. A mill was built on the river at the mouth of the mine which pulverized calcite that was then shipped to High Bridge on a barge where it was loaded into railroad cars along the Cincinnati Southern. Some were sent by the river to Madison, Indiana where it was loaded onto trains and taken to Corning, New York.

During World War I, the calcite mines operated 24 hours per day, seven days per week as the calcite was used in the production of optical glass. The war increased the demand for the mineral which went into the manufacture of binoculars, periscopes, and other instruments.

Upstream at Brooklyn, Chinn operated a fluorspar mine that ceased operations in the 1920s. 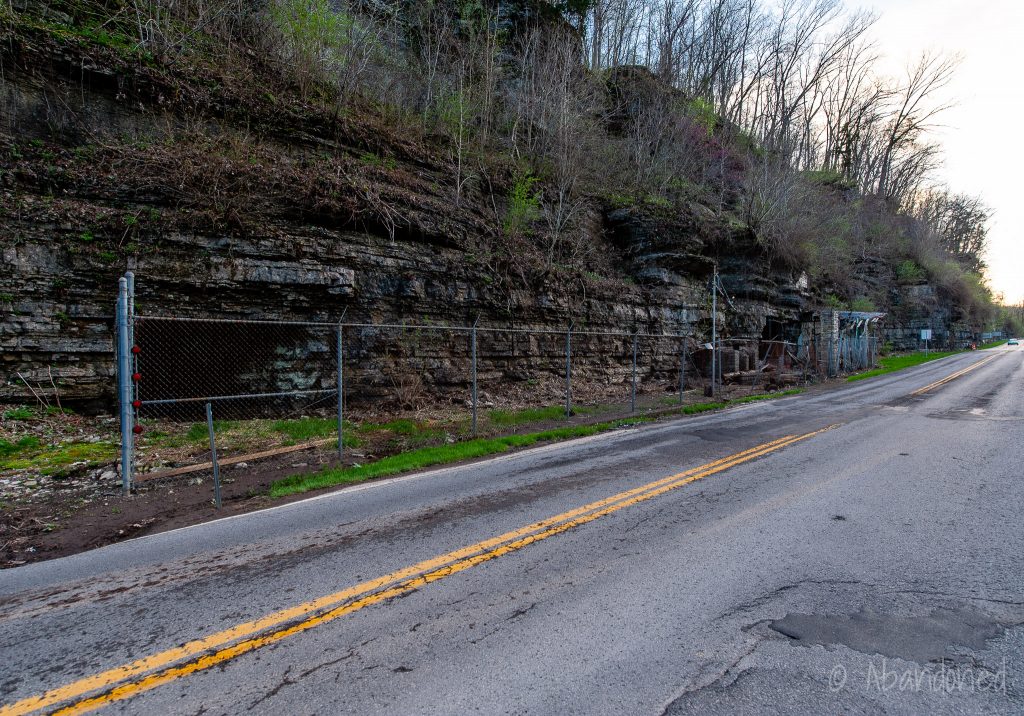 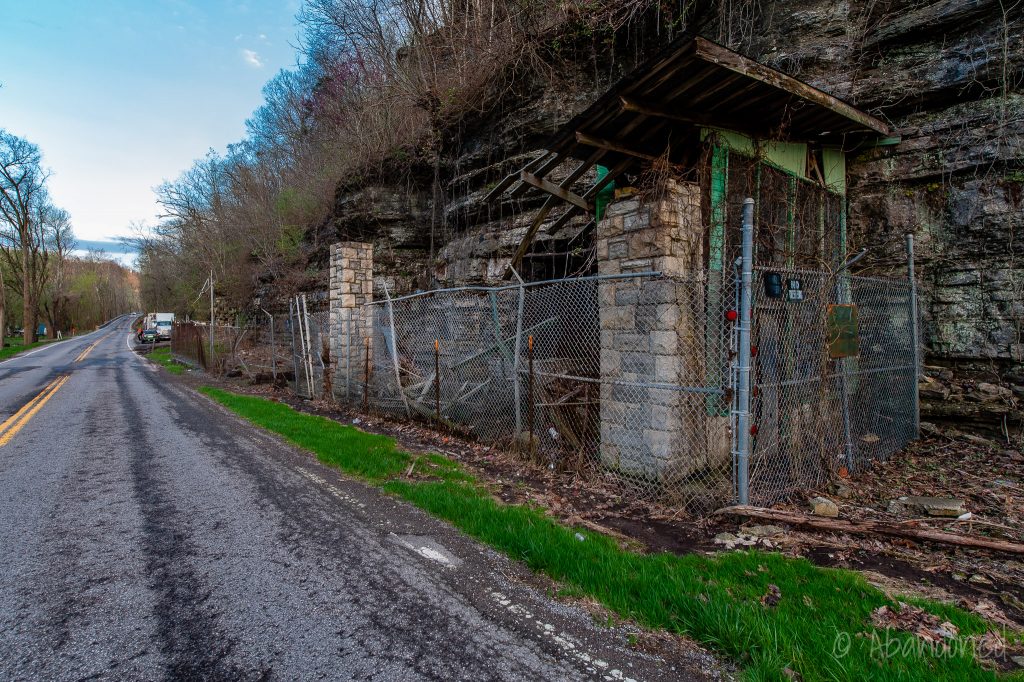 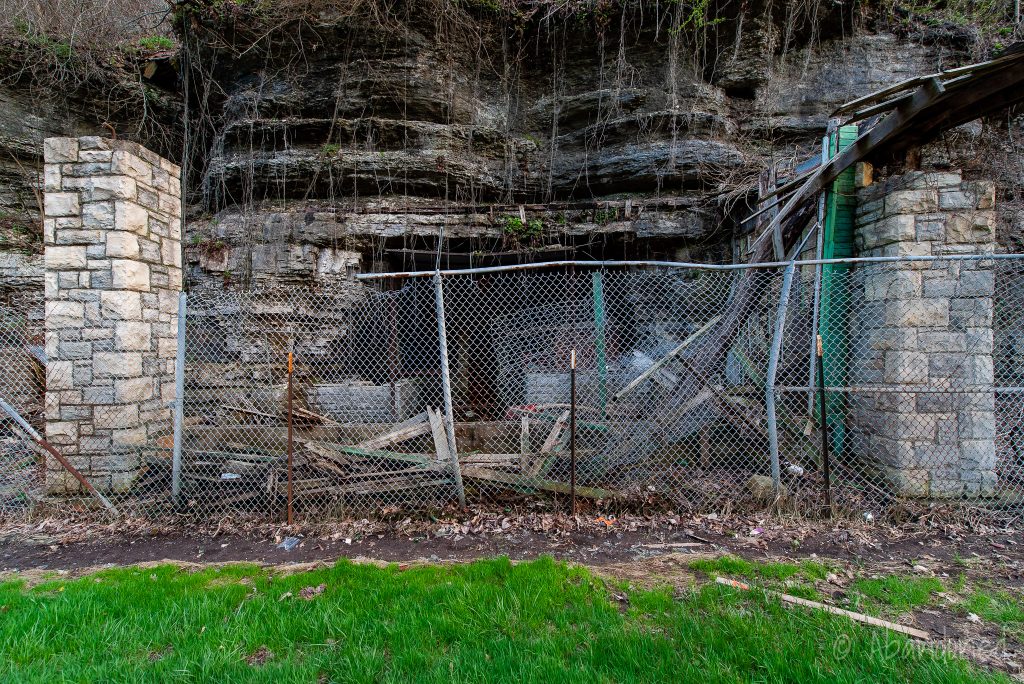 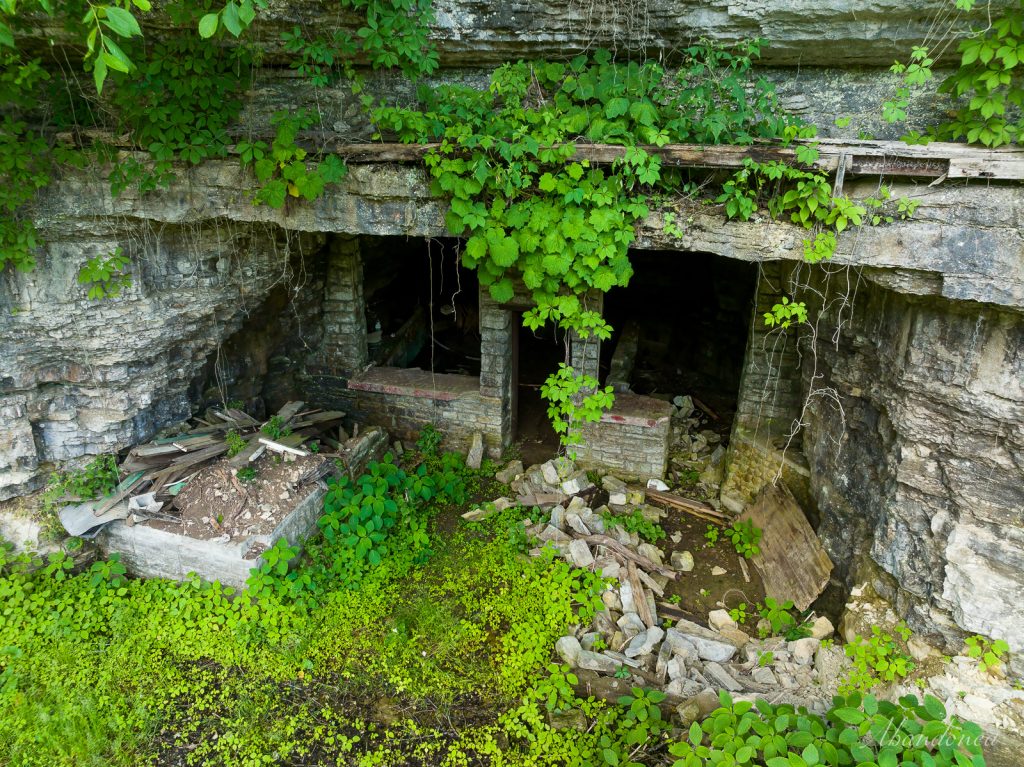 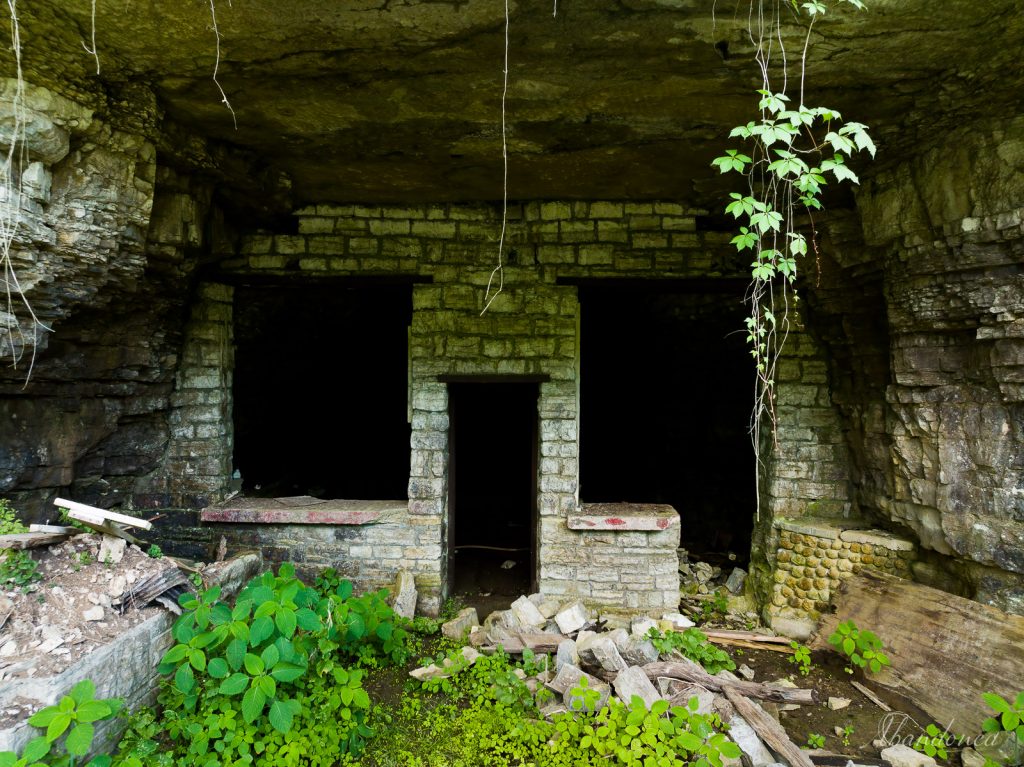 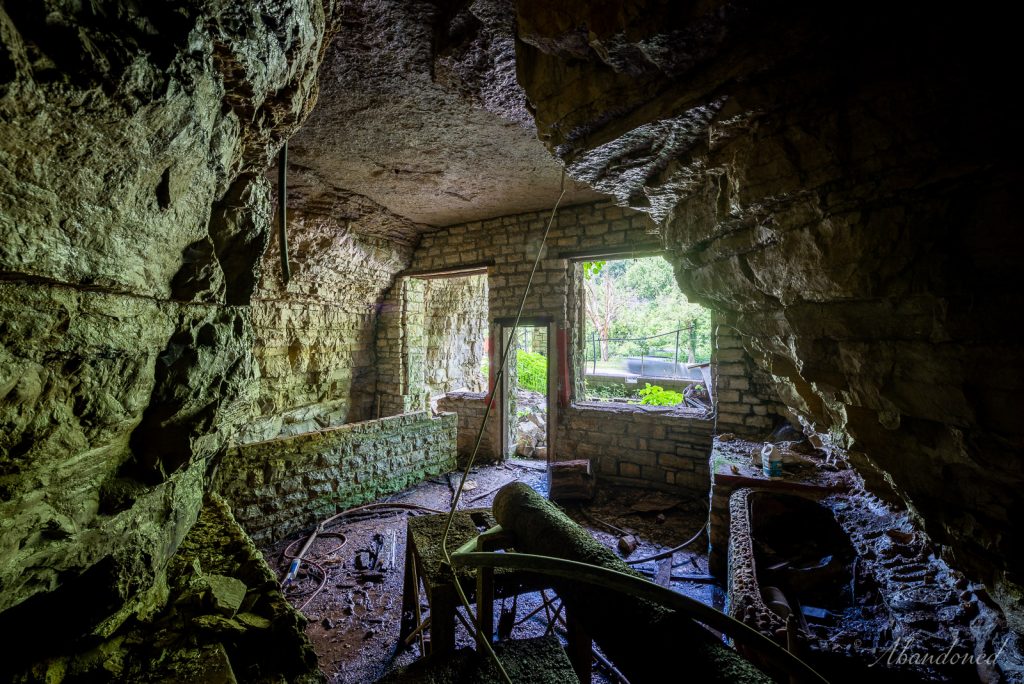 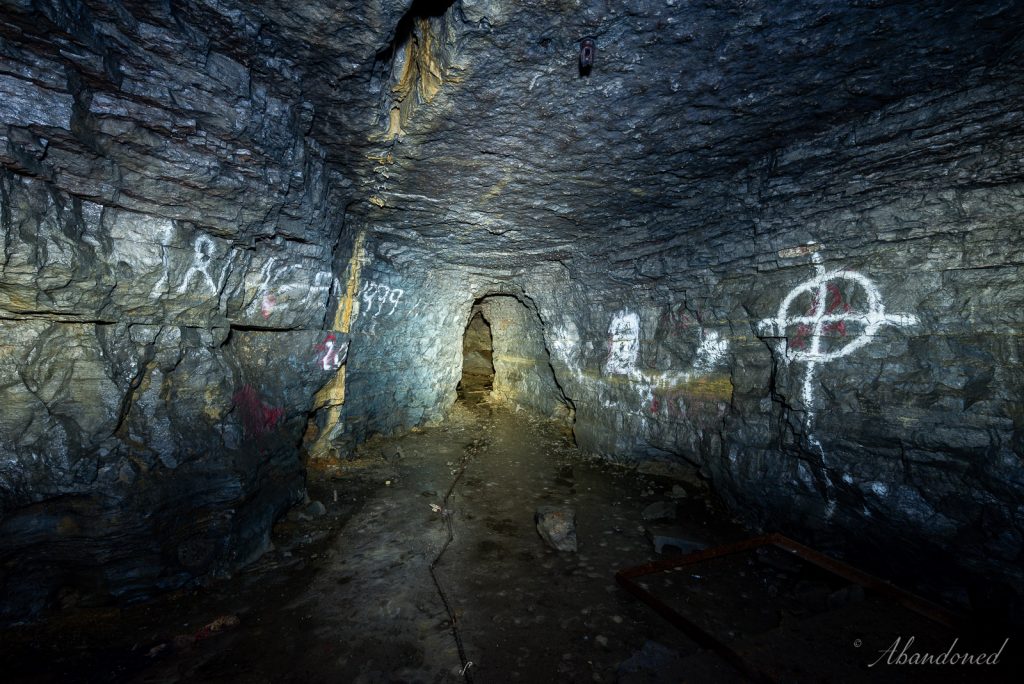 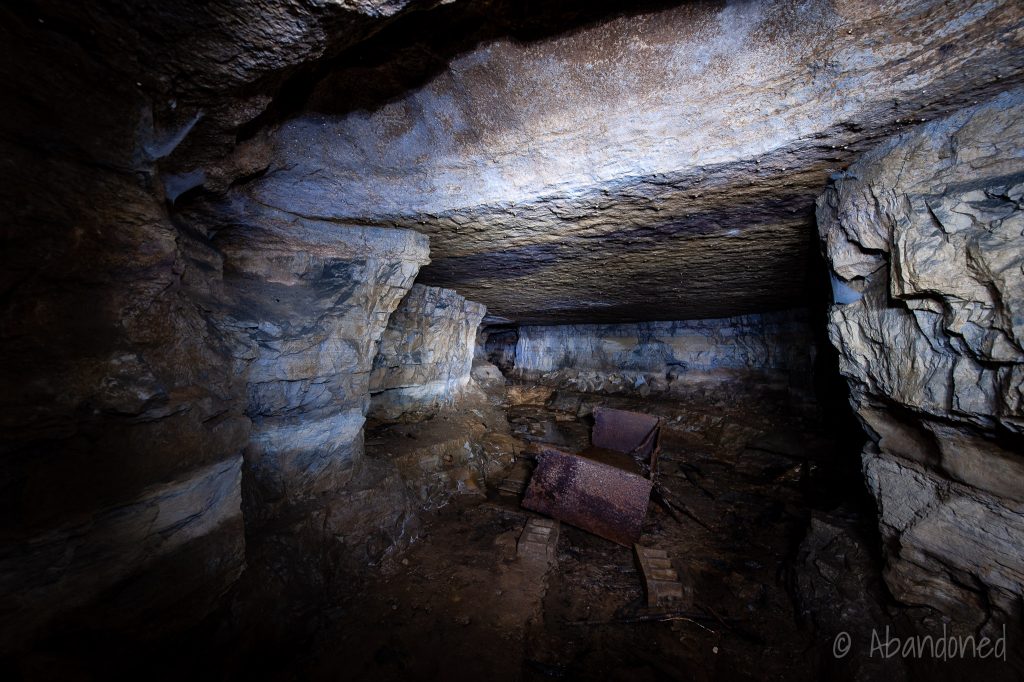 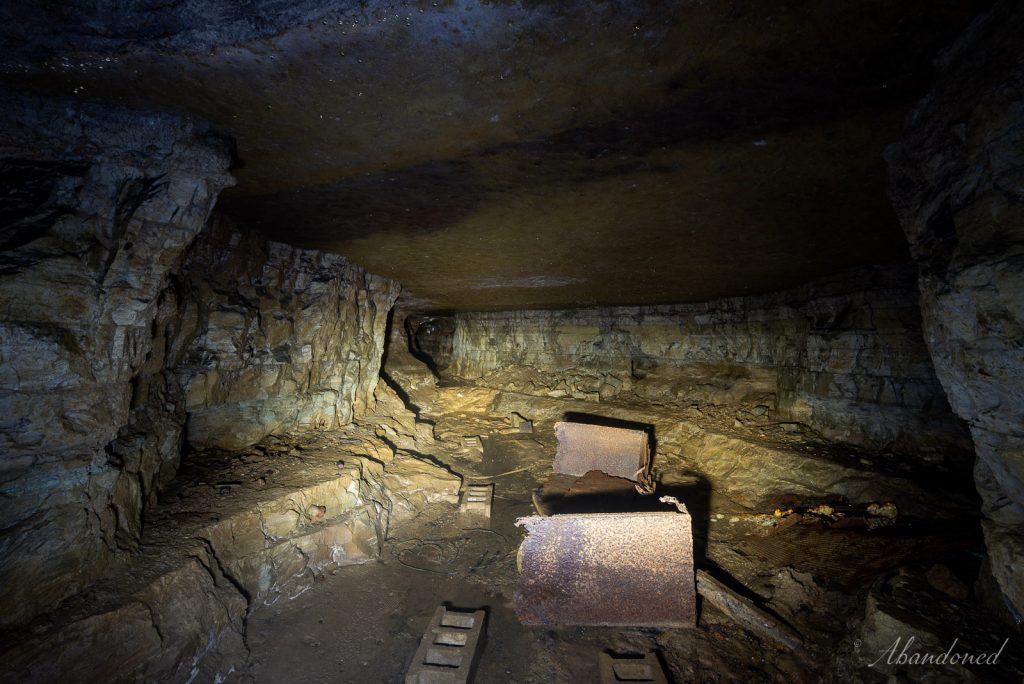 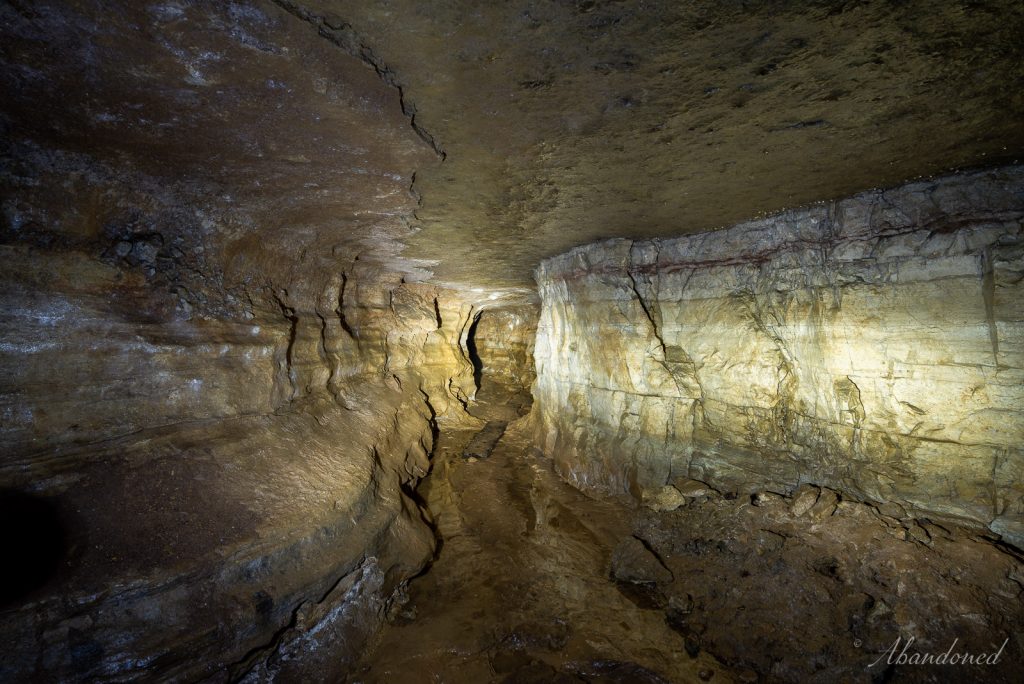 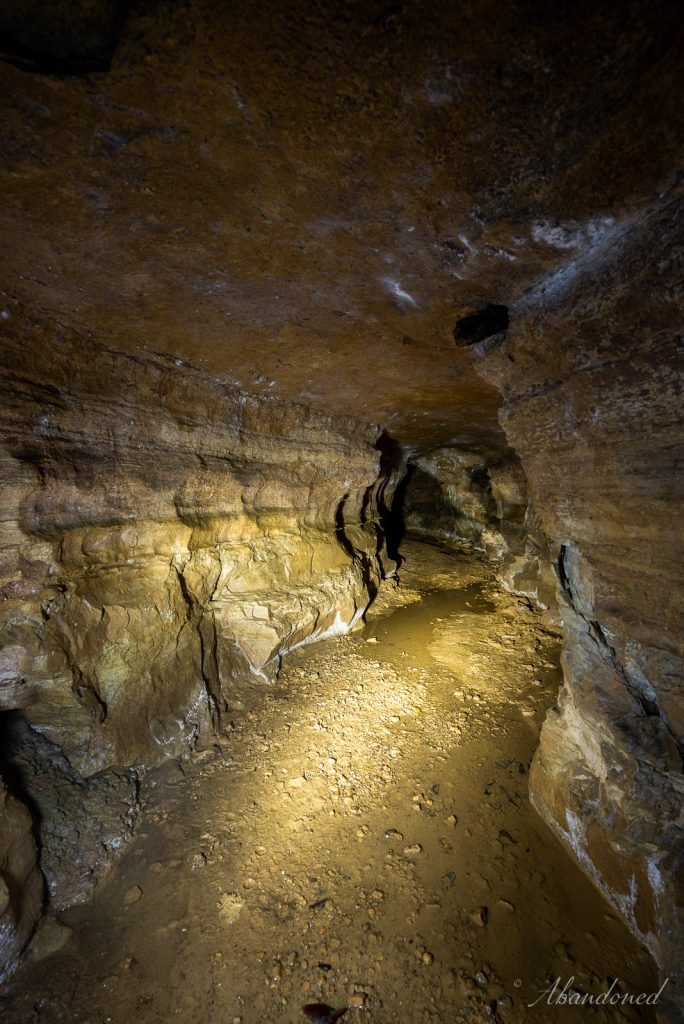 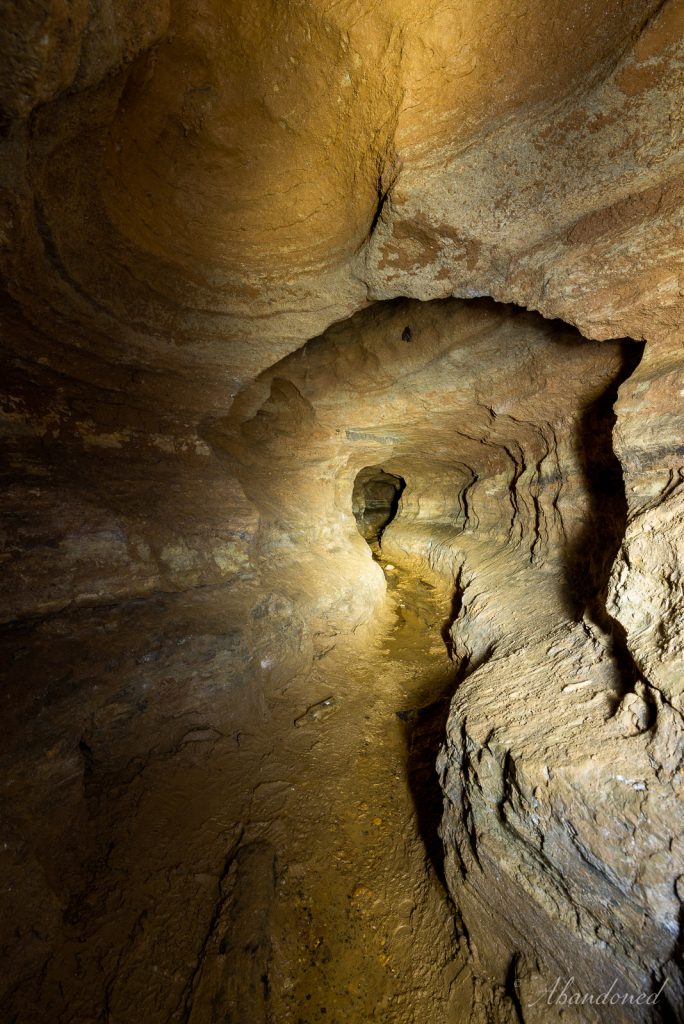 In 1930, using blasting techniques he had learned from his grandfather, Col. George Morgan Chinn blew out a tunnel 250 yards long and opened the Cave House, a speakeasy. Food and gasoline were sold in the front while a bar and slots were offered in the back. He described The Cave House as “the only cave in Kentucky where Daniel Boone never spent the winter.”

At some point, Chinn was brought into court for running an illegal game of chance, but he successfully defended himself by providing that he had rigged the machines to eliminate any chance of winning.

Chinn was a rather colorful individual.

With the rising summer sun lighting the winding limestone gorge of the Kentucky River Palisades, Chinn often stood before his home perched high on a bluff and proclaimed “I am free.” A libertarian before it went more mainstream in the mid-20th century, he stood out as a symbol of the freedom that pioneers sought when they braved into the westward lands. As he noted, he loved his friends, hated his enemies, and would proclaim to guests: “I owe no banker, have sworn fealty to no person. If you like me, come in, if you do not, there is the river, go jump in it!”

George Chinn was born into a family which came from Culpepper County, Virginia in 1779, the son of George Pendleton Chinn and the former Miss Anna Carlisle of Washington D.C., and the first cousin of John G. Carlisle, secretary of the treasury of President Cleaveland’s second administration.

George Chinn spent some time at Leonatus, a horse farm in Mercer County that was owned by his grandfather and named for the winner of the 1883 Kentucky Derby. Around 1900, Col. Jack Chinn opened a calcite mine near Mundy’s Landing and the family moved there to live.

Chinn graduated from the Millersburg Military Academy and Centre College and later became a Marine Corps colonel and served as a weapons troubleshooter in World War II and Korea and was later called back into the corps for service during the Vietnam War at age 64.

The Cave House closed in the late 1930s but it was later reopened and fitted with some armor plating after Chinn had been called back into service to develop a gun that could be used against snipers in the jungles of Vietnam. Within 7½ months, with the help of other experts and the Naval Ordnance Station in Louisville, Chinn had developed the Mk-19 high-velocity grenade launcher which was used successfully in the Vietnam and Persian Gulf wars. Chinn also headed the development of the Mk-22, and 20mm and 30mm cannons, and used the former mine as a firing range.

Given Chinn’s penchant for humor, just after a heavy barrage of firing weapons, a well-dressed woman stepped through the doorway of his Cave House and waded into a haze of gunsmoke. Asking if Chinn still sold ham sandwiches, he replied: “Yes ma’am. But we’ve just finished shooting the hogs, and it’ll be a while.”

Col. George Chinn remains part of the lore of Kentucky’s history and folklife, whose determination in serving the nation and celebrating his freedom was legendary. He wrote several books on history and served as a director at the Kentucky Historical Society, while also being a leading authority on automatic weapons who held several weapon patents. Unsurprising, Chinn was referred to as the “Buddha of Ballistics” by a magazine writer.

Although Chinn died in 1987 at age 85, his legacy and that of his family, live on in the Kentucky River Palisades.