Located in rural Monroe County, West Virginia is Sinks Grove, named for the many sinkholes throughout the area. It could be mistaken for just another rural community that is slowly disappearing into the landscape, but I found it fascinating for the variety of abandoned and historic buildings that still existed. 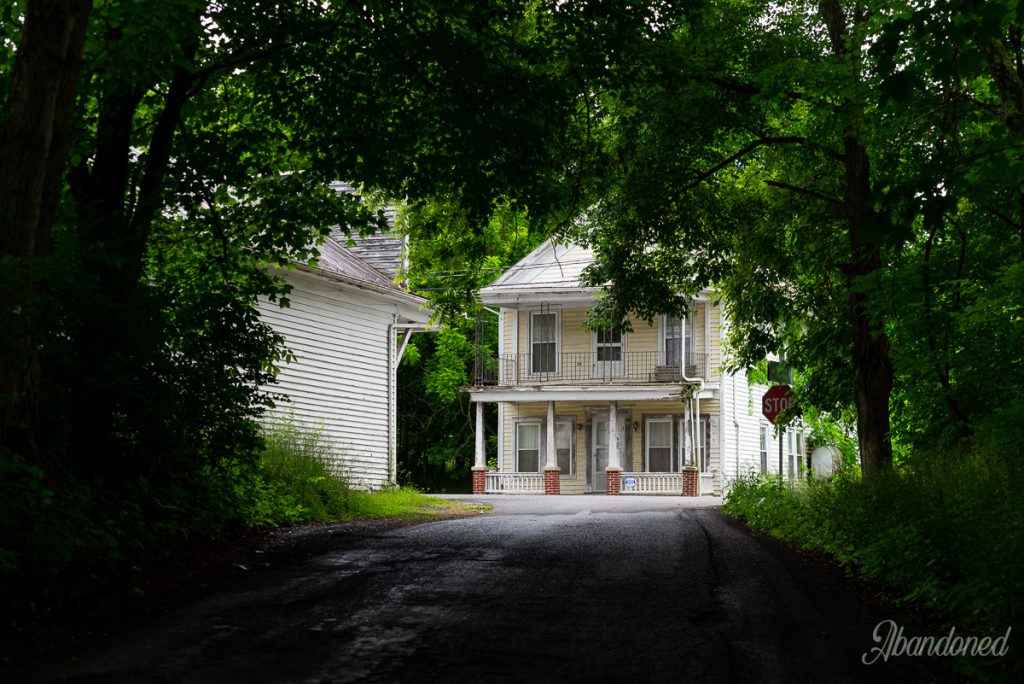 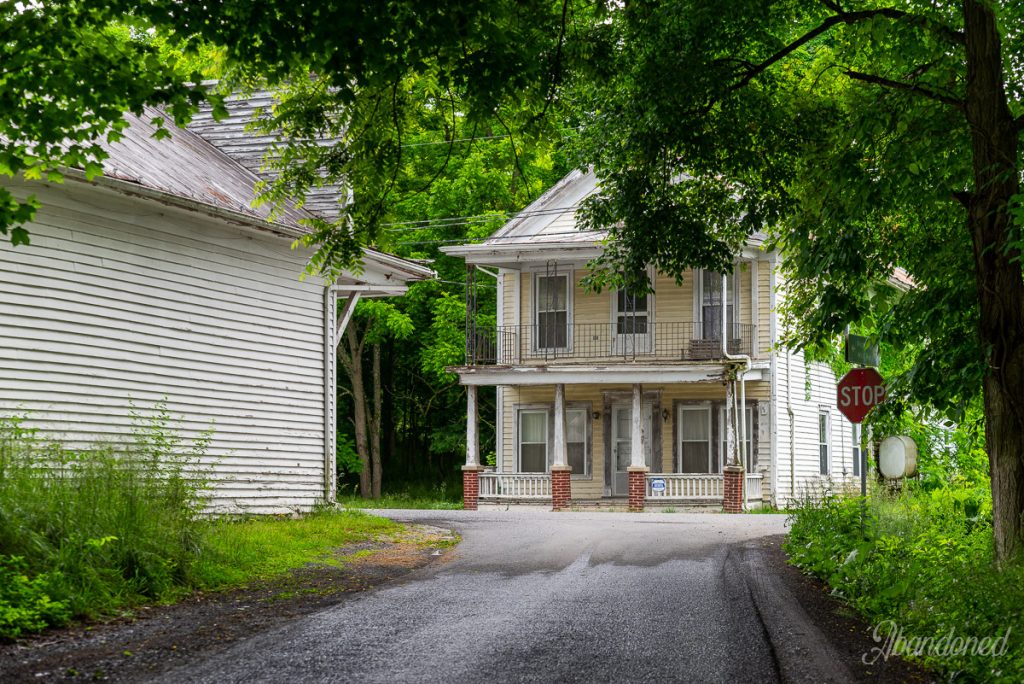 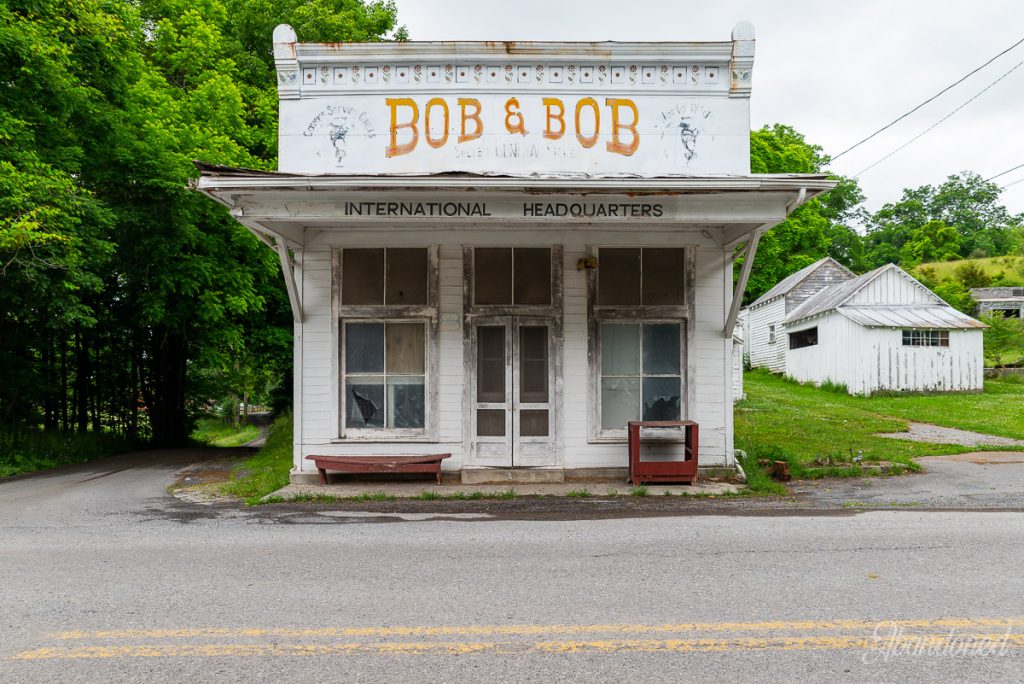 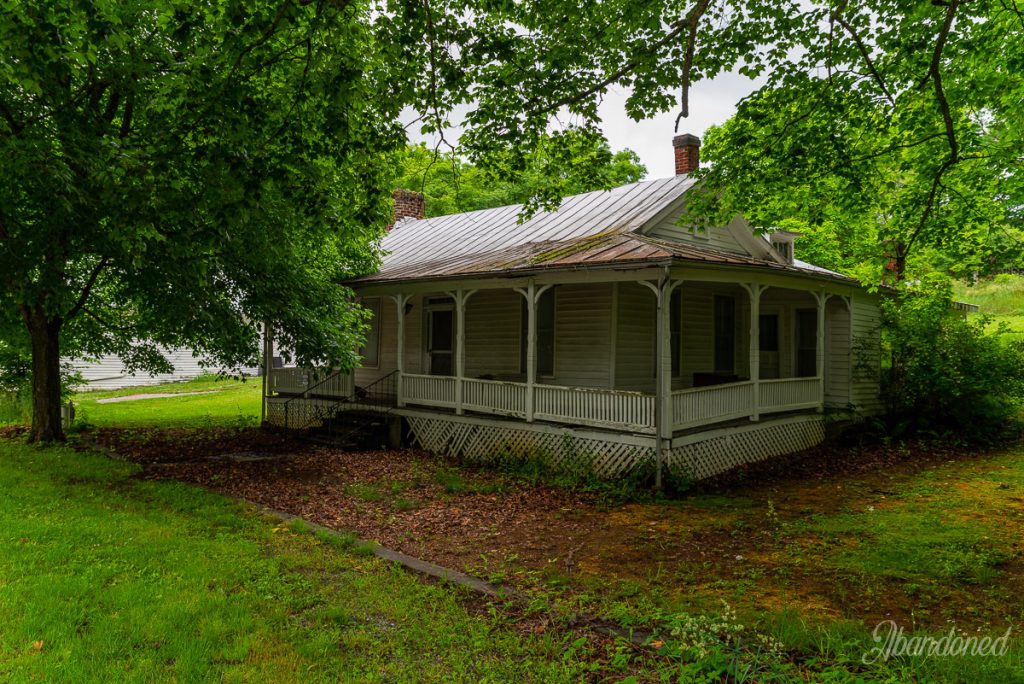 The most visually interesting out of all of them is the shuttered Bob & Bob Speleo General Store with its handpainted sign that is adorned with the faded motto “Cavers Serving Cavers.” Constructed circa 1910, it was operated as a general store and gasoline station by numerous proprietors including Roy and Edna Burwelll between 1959/60 and 1974. The building was then purchased by Bob Liebman who operated “Bob & Bob,” a spelunking supply business.

Liebman was born in 1942 in Los Angeles, California, growing up with an interest in trains, bowling, caves, and caving. 1 In 1968, while attending San Jose State College, he went on his first caving trip to Soldiers Cave with a club named the “Alpiners.” The club provided helmets and carbide lamps. Hooked on underground exploration, Liebman joined the Southern California Grotto and then the National Speleological Society in 1969.

In 1970, Liebman met Bob Addis at the So Cal Grotto. While traveling down the coast of Oregon after attending a caving convention in White Salmon, Washington, the pair stopped at a hardware store looking for carbide lamps which were becoming scarce. 1 Borrowing money from Addis, Liebman purchased all of the lamps and the pair began “Bob & Bob”, a business to sell carbide lamps and parts to cavers who could not find them.

In December 1973, Addis sold out to Liebman who ended up keeping the “Bob & Bob” name. 1 Around 1974, he opened a physical storefront in a closed-up general store in Sinks Grove. It became a mail-order operation from 2007 until his death Liebman’s death in 2017.